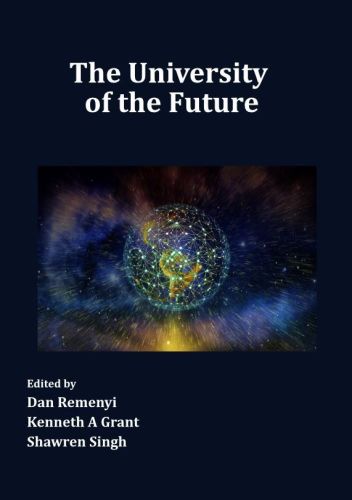 University of the Future

The University of the Future reviews the current state of the university sector and makes some suggestions as to how universities will develop in the forthcoming years to meet the challenges they now face.

However, what is really happening within universities and what is likely to happen in the future is much more nuanced than most of the criticism which is levelled at them. Universities are a reflection of society and thus they are always a work-in-progress, continually in need of reinventing themselves.

This book is a compilation of 17 chapters written by 28 authors from 15 different countries, Australia, Canada, Denmark, England, Ghana, Ireland, Netherlands, Nigeria, Oman, South Africa, Syria, Uganda, United Arab Emirates, USA and Wales and it highlights how universities may develop in the future. The names of the contributors are:

Kenneth A. Grant and Steven A. Gedeon